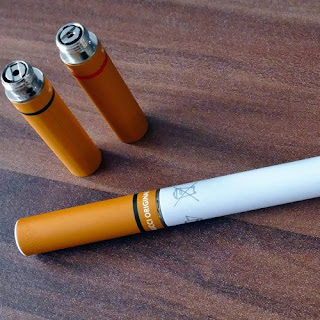 E-cigarette use is rising, particularly among young adults and teens. Recent illnesses and deaths attributed to vaping have caused intense scrutiny of the chemicals in e-liquids and vapor, but little is known about the size of vaping particles and their deposition patterns in human airways. Now, researchers have analyzed how e-cigarette particle size and deposition change with factors such as device power, e-liquid composition and vaping practices

Unlike regular cigarettes, which burn tobacco to produce smoke, e-cigarettes are battery-powered devices that heat an e-liquid to form an aerosol, which the user inhales. E-liquids typically contain nicotine, flavoring agents and a base material, such as vegetable glycerin or propylene glycol. Because e-cigarettes do not combust tobacco, they are thought to be less harmful to human health than regular cigarettes. The team observed vaping sessions of 23 volunteers and used these findings to simulate human vaping with a smoking machine. The researchers then collected the aerosol and measured particle size distribution. They also tested the impact of various factors. Among their results: higher device power settings and the use of vegetable glycerin-based e-liquids produced larger particles than lower settings and propylene glycol-based liquids.Although e-cigarette particles were smaller and less abundant than those generated by regular smoking, they have similar human airway deposition patterns, the researchers say.

To know more interesting news regarding toxicology, Gather and Join us at : https://pharmacology.healthconferences.org/

The case of the poisoned songbirds

Dead birds along the street and in front yards in a section of the town. The day prior to the incident, the city had made a drench application of imidacloprid, a pesticide synthetically derived from nicotine, to the base of trees that lined the street. The pesticide was reportedly mixed and applied according to package directions. Researchers at the Wildlife Investigation Laboratory were notified of the incident and conducted a postmortem investigation on the dead songbirds, which were identified as American goldfinches. The cause of death was determined to be imidacloprid poisoning likely due to the ingestion of fallen elm tree seeds contaminated during the drench application.

The mortality event investigated in the present study highlights a previously unidentified risk of drench application for imidacloprid. The pesticide label states that the product be applied to the base of the tree and directly to the root zone. Seeds, insects, or other invertebrates consumed by birds and other animals may be present within that zone. If these food items were contaminated during the drench application, they would be highly toxic to animals when ingested.

The authors recommend that "drench applications not occur during seed drop to minimize the risk of exposure to animals that consume fallen seeds and that mitigation measures could be taken to prevent small animals from accessing areas treated with the pesticide, at a minimum" Finally the authors encourage integrated pest management over the prophylactic use of pesticides as the ideal.

FINAL ATSDR TOXICOLOGICAL PROFILES MADE AVAILABLE ON SILICA AND THORIUM

As part of its mandate to produce toxicological profiles for substances on the National Priorities List, the ATSDR has recently released the finalised reports on silica and thorium. These profiles provide a thorough review of the toxicological and epidemiological data for each substance and an evaluation of the risks to human health from different routes of exposure. Also developed in this process are Minimal Risk Levels (MRLs), defined as an estimate of daily human exposure to a substance that is likely to be without an appreciable risk of adverse non-cancer health effects over a specified duration.

**Meet Expert Toxicologists from all over the globe and have a great experience, Kindly go through the link and download the Brochure for complete conference details and avail best offers:  https://pharmacology.healthconferences.org/conference-brochure.php

Lecture on the following topics:
Key aspects to address:

Tokyo, Japan's bustling capital blends the ultramodern and the customary, from neon-lit high rises to noteworthy sanctuaries and its world class tourist attractions renowned across the globe.  The rich Meiji Shinto Shrine is known for its transcending door and encompassing woods. The Imperial Palace sits in the midst of enormous open nurseries. The city's numerous historical centres offer shows going from old style workmanship (in the Tokyo National Museum) to a recreated kabuki theatre (in the Edo-Tokyo Museum). Tokyo ranked first in the Global Economic Power Index Tokyo was ranked first in the “Best overall experience” category of Trip Advisor’s World City Survey and the city also ranked first in the following categories: “helpfulness of locals”, “nightlife”, “shopping”, “local public transportation” and “cleanliness of streets”

September has a fine matsuri season, The Owara Kaze no Bon Festival takes place on the first three days of September with hundreds dancing in procession through streets lined with old wooden buildings. One of urban Japan's most dramatic displays, The Kishiwada Danjiri Festival in Osaka and lso in mid-September, the Tsurugaoka Hachimangu Reitaisai  combines live performances of yabusame (traditional horse archery) with solemn rites at an ancient shrine.

Tokyo Attractions:
**Join us at this Beautiful place: https://pharmacology.healthconferences.org/venue-hospitality.php
at November 19, 2019 No comments:

Food science and human nutrition researchers are interested in the potential of inflammation-fighting compounds found in the silverskin and husk of coffee beans, not only for their benefits in alleviating chronic disease, but also in adding value to would-be 'waste' products from the coffee processing industry.When coffee beans are processed and roasted the husk and silverskin of the bean are removed and unused, and often are left behind in fields by coffee producers.

For Abstract Submission: https://pharmacology.healthconferences.org/abstract-submission.php
at November 13, 2019 No comments: 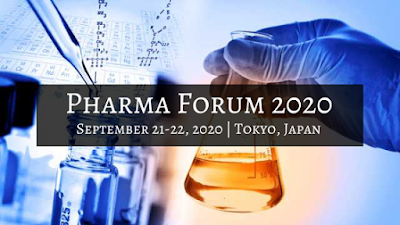 The human fetus is considered to be particularly sensitive to environmental contaminants. A team has now been able to demonstrate for the first time how the widespread food estrogen zearalenone behaves in the womb. Using a new analytical method, it was shown that the xenoestrogen migrates through the placenta and is partially converted to other harmful substances.

Xenoestrogens are absorbed through the environment, especially through food. As estrogen-like substances, they can have a profound effect on the body's hormonal balance. Zearalenone, a widespread food estrogen, is produced by fungi (Fusarium species) and enters the body mainly through the diet of bread, cereals and other grain-based products.

"The placental barrier offers the unborn child a certain degree of protection against bacteria, viruses and some foreign substances including some drugs or environmental toxins absorbed by the body. But, as we were able to show for the first time, zearalenone migrates through the placental barrier" says first author Benedikt Warth from the Institute of Food Chemistry and Toxicology at the University of Vienna.

Come and Join us at:  https://pharmacology.healthconferences.org